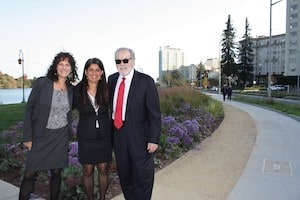 The firm has represented hundreds of plaintiffs in employment matters, including people from all walks of life and with a variety of employment situations. Some of its successes include the following:

Class Action Settlement for Failure to Pay Overtime to Employees

July 2009. Conley v. PG&E (San Francisco Superior Court). After nine years of litigation, Siegel LeWitter Malkani was granted final approval of a class action settlement of $17,250,000 for 700 current and former employees of PG&E for unpaid overtime, due to their misclassification as salaried rather than hourly employees. This hard fought case compensated employees in the positions of Senior New Business Representative, Industrial Power Engineer, Electrical Distribution Engineer and Gas Distribution Engineer. While many employers in overtime cases reduce employees' base pay when converting them from salaried to hourly employees, this settlement agreement prohibited PG&E from doing so.

Class Action for Misclassification of Employees

In 2007, Siegel LeWitter Malkani concluded an eight year battle in Abel v. SF BART. The case was litigated under the federal Fair Labor Standards Act (FLSA), and was tried in federal district court in a series of "mini-trials." It resulted in judgments awarding ten different job classifications overtime pay eligibility, and the distribution of a multimillion dollar award among over sixty employees to compensate them for back pay and attorneys' fees.

August 2005. Miceli v.Flowserve Corporation (American Arbitration Association). In this 2005 case, the plaintiff claimed that he was fired due to his age and in retaliation for his complaints of age discrimination. During a 2005 hearing, plaintiff presented numerous witnesses including two experts. The company presented a laundry list of justifications for the firing of the employee, and we were able to prove that each of these reasons was a pretext for the firing of the plaintiff and that the real reason he was fired was because his new manager preferred younger employees, and because he had complained of age discrimination. The Arbitrator awarded the plaintiff $1.09 million in economic and emotional distress damages, plus interest and attorneys fees to be awarded and found that the defendants engaged in contemptible behavior causing cruel and unjust hardship, entitling the plaintiff to a hearing on punitive damages.

2003. John Does v. Corporation X (American Arbitration Association). Three African American employees asserting race discrimination claims were awarded significant compensatory damages, and a rare Arbitrator's finding of malice, oppression and fraud, as required for an additional award of punitive damages. The arbitrator ruled that one of the plaintiffs was constructively terminated and the others were fired due to their race. We were able to prove this case by presentation of evidence that non-African American employees were treated more favorably than our clients. The total award exceeded $3,600,000.

December 1999. Johnson v. City of Oakland (Northern District of California). The City of Oakland tried to force a police officer who had successfully taken the sergeant's promotional examination to retire because he had become deaf in one ear. This case was brought by the firm under the Americans with Disabilities Act. Plaintiff argued that even though he could not perform all police duties, he could handle the duties in the sergeant slot to which he believed he should be promoted. The City of Oakland ultimately agreed to promote the officer to a sergeant position and to pay him back pay and his fees and costs. This case established that an employee need not be able to do every duty that might remotely be required of a job. The officer was commended by the Chief of Police at the promotion ceremony for fighting long and hard for the job, and has gone on to be promoted to Lieutenant.

March 1999. Behne v. Microtouch (Northern District of California). In this case, the plaintiff won a $2,640,000 jury verdict against her former employer for fraudulently inducing her to take a job with the company. The case is believed to be the largest employment fraud verdict in California at the time. It has been reported in the press around the country, and set off a discussion in the press and elsewhere about what the duties of an employer are in recruiting an employee, especially in the high tech marketplace. In addition, we were able to prove that plaintiff was also fired, in part, because of her complaints of sex discrimination. The trial court attempted to reduce the verdict, but in 2001 the entire verdict was upheld by the Ninth Circuit.

Largest Employment Award in San Francisco County for the Year

December 1992. Haider v. Byer California (San Francisco Superior Court). In what was reported as the largest employment verdict of the year in San Francisco Superior Court, the plaintiff was awarded $451,000 in damages and, in addition, the jury made a finding that punitive damages could be awarded. Before the jury decided upon the amount of punitive damages, a settlement was reached. The jury found that the plaintiff was fired because she was pregnant, and in violation of her contract. The plaintiff won on her breach of contract and pregnancy discrimination claims.

February 1992. Tetzschner v. Unitank Terminal Service (Contra Costa Superior Court). In what was believed to be the largest employment verdict in Contra Costa at the time, the plaintiff was awarded $1,245,000 by a jury against his employer for age discrimination and breach of contract. The defendant claimed that it terminated the plaintiff due to job performance problems, however, the plaintiff was able to prove that the reasons for the termination were pretextual, and that the real reason was so that the employer could bring in a younger management team.