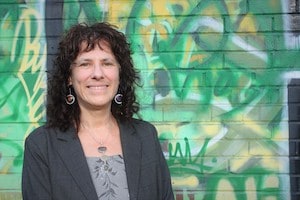 Generally the source of the public policy is found in state or federal constitutions and statutes, or occasionally in administrative regulations. Public policy claims are brought when an employer fires an employee for protected actions such as reporting health and safety violations to a government entity, or when an employee is fired for refusing to engage in an illegal act, such as covering up wage and hour violations.

In addition, many statutes themselves prohibit terminations for a wide variety of reasons such as reporting unsafe working conditions, refusing to participate in illegal activities, legal off the job conduct, missing work for jury duty, hiring an attorney, reporting securities fraud, or discussing compensation with co-workers. There are many other circumstances which may give rise to a public policy claim.

A myriad of federal and state statutes also protect whistle-blowers, or people who report unlawful activity. The False Claims Act also may be useful to someone blowing the whistle on misconduct, in that it permits private citizens to bring a qui tam action against an employer for making false or fraudulent claims for payment to the federal government. The Act protects the whistle-blower against retaliation and also permits the person bringing the lawsuit to some financial recovery for his or her role in the litigation. Whistle-blowers may also have claims under the California Fair Employment Act, Title VII, or other laws for retaliatory actions taken against them by employers because they protested or opposed discrimination or harassment. See, Retaliation.

Siegel LeWitter Malkani has been litigating public policy and whistle-blower cases including the following:

If you believe Siegel LeWitter Malkani could provide you with assistance, please contact the firm.