Protecting Your Rights in the WorkplaceContact Us NowFor a Free Consultation
Home
Attorneys
Jody I. LeWitter 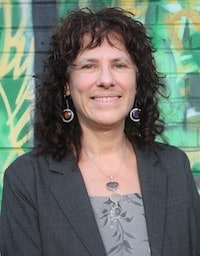 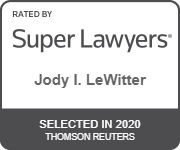 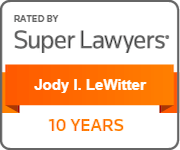 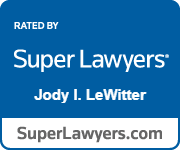 Jody I. LeWitter is a partner at Siegel LeWitter Malkani and has been an attorney in private practice for over 35 years. She is passionate about representing employees in discrimination and wrongful termination cases and is known for her vigorous advocacy of employees. She has had great success in court, negotiations/mediations and in arbitrations, and has been recognized as a "go to" employment lawyer for her determination and innovative strategies.

Jody has a passion for pushing the envelope in litigation. She knows that not all employment discrimination cases involve overt discrimination, and that bringing the more difficult double standard cases is necessary to protect employees’ rights in the workplace. She has used her passion for justice to prove that employees deserve protection from unlawful termination in the guise of layoffs, or firings, when comparative coworkers are not terminated. She has also used her passion for pushing the envelope to advocate for employees in the new area of family responsibilities discrimination, and has parlayed her expertise of sexual harassment in employment law to representing victims of sexual harassment in other contexts, such as protecting student victims of harassment.

Jody is also a Mediator and serves on the Northern District of California’s Employment Law Panel.

Jody’s victories include Behne v. Micro Touch, Inc., an employment fraud case in which her client was awarded what was then believed to be the largest employment fraud verdict in California at the time. The $2.64 million dollar award, which included punitive damages, was upheld by the Ninth Circuit. Since then she has become known as a lawyer who will hold corporations accountable to their employees and the public for their actions.

Despite the fact that arbitrations are not considered the friendliest forums for employees, Jody has successfully arbitrated a number of employment cases and convinced arbitrators to make significant awards including rare findings that the employer acted with malice, oppression and fraud, required in order to obtain an award of punitive damages. For example, she represented 3 African American employees in a race discrimination arbitration in which the employees were awarded significant compensatory damages and a finding of malice, oppression and fraud, as required for an award of punitive damages. The total recovery exceeded $3.6 million dollars. She also represented the employee in Miceli v. Flowserve, an age discrimination/retaliation case, in which the Arbitrator awarded compensatory damages of $1.09 million dollars, plus interest and attorney’s fees, and a finding of malice, oppression and fraud.

Jody has been involved in various legal organizations, including Equal Rights Advocates, California Employment Lawyers Association, Plaintiffs Employment Lawyers Association, the Alameda County Bar Association and the National Lawyers Guild. She has volunteered with the Workers’ Rights Clinic, Legal Aid Society of San Francisco and the Asian Law Caucus, among other organizations. She is a member of the Legal Network for Gender Equity (Times Up).