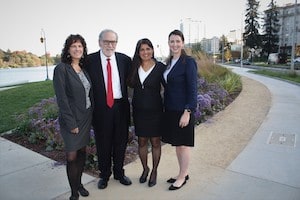 It is illegal to harass an employee based upon the employee’s protected status. Such harassment is prohibited by Title VII and by California’s Fair Employment & Housing Act. Thus, if an employee is harassed due to the employee’s sex, gender, race, national origin, sexual orientation, marital status, age, pregnancy or disability, the employee may have a claim for unlawful harassment.

In order to prosecute a hostile environment claim, courts require that the harassment be considered “severe or pervasive.” The term “severe or pervasive” can be interpreted by different courts in different manners, so if you believe you’ve been working in a hostile environment, it is important to obtain legal advice about your situation. The courts also generally look to whether the employer or someone in management knew or should have known of the harassment, as it is an employer’s duty to take all reasonable steps to prevent harassment from occurring.

Quid pro quo harassment claims are generally sexual harassment claims where an employer or boss demands sexual favors in order to get a job, keep a job, not get fired from a job, get a promotion, or obtain or lose some benefit of the job.

Siegel LeWitter Malkani has represented employees who are victims of sexual harassment, racial harassment and other illegal harassment since the firm's inception. These cases include significant resolutions of harassment claims such as:

If you believe Siegel LeWitter Malkani could provide you with assistance regarding your sexual harassment, racial harassment or other type of illegal harassment claims, please contact the firm.