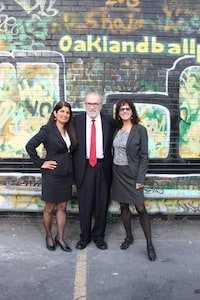 Under California and federal law, a small group of employees may pursue a class action on behalf of a larger group of employees with common or similar claims. Class actions can be filed against employers for various violations of the law if common questions of law and fact predominate. Cases often litigated as class actions are those with claims for overtime pay, failure to provide meal and rest breaks, discrimination, or other claims.

A variety of different circumstances can give rise to cases that are appropriate class actions. For example, a group of employees with the same job may all work different schedules, but none of them get paid overtime for hours worked over eight in a day. All of the employees could be paid on a salary basis but, depending on their job duties, they may be entitled to overtime compensation despite the fact they work different amounts of overtime, and be entitled to different amounts of overtime pay.

Employees with different job titles may not have the opportunity to take meal or rest periods, or may even be discouraged from doing so. Even though the employees do not work in the same jobs, depending on their job duties, they could potentially pursue a class action together and may all be entitled to one hour of penalty pay for each day their employer denies them a meal and rest period.

Siegel LeWitter Malkani has successfully represented hundreds of employees in class action cases against their employers including:

If you believe Siegel LeWitter Malkani could assist you with possible class action claims, please contact the firm.