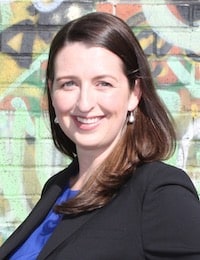 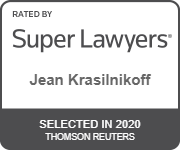 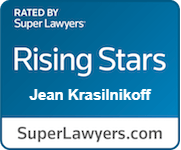 Jean Krasilnikoff joined Siegel LeWitter Malkani in 2013 and represents employees in state and federal courts, as well as in administrative hearings.

During her time with Siegel LeWitter Malkani, Jean has worked on numerous cases from intake through trial. She is deeply involved in all stages of litigation for each of her cases and has prepared several cases for trial. In addition, she routinely participates in mediations and other settlement procedures to obtain favorable results for her clients.

In 2018, she was part of a trial team that succeeded in obtaining a jury award for a former Deputy District Attorney after the County retaliated against him for requesting reasonable accommodations for his disabilities. Later that year, Jean worked with partner Jonathan Siegel and successfully obtained a jury award in favor of their client, a former PG&E Supervisor who was fired after reporting race discrimination and safety issues.

Prior to attending law school, Jean graduated from New York University, with honors. She received her law degree from the University of California, Hastings College of the Law. While in law school, Jean was a clinic counselor at the Legal Aid Society-Employment Law Center (now Legal Aid at Work), and participated in the U.C. Hastings Civil Justice Clinic, Individual Representation Clinic. Having provided more than 40 hours of pro bono services while in law school, Jean graduated as a member of the U.C. Hastings Pro Bono Society. She also served as the Executive Symposium Editor of the Hastings Business Law Journal, and authored a note which was published in that journal in 2011.